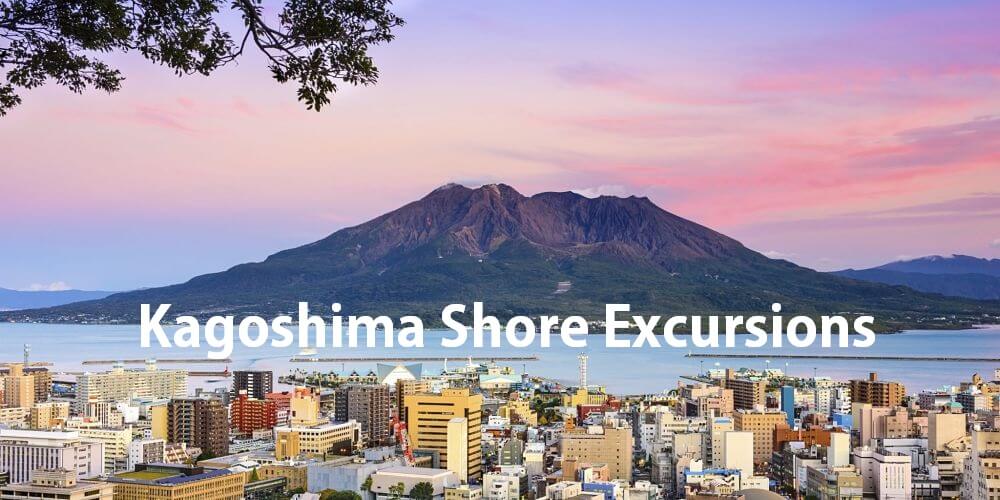 The peaceful sunny city of Kagoshima has a friendly comfortable climate and an abundant nature. Thanks to being home to a chain of volcanoes both dormant and still active, especially the magnificent Sakurajima. In the latest eruptions, the mountain spilled so much magma that enough to become a permanent connection to the mainland. Thus, the hot lava, volcanic ash, and gases make a favorable condition for plants to fully grow up. Moreover, volcanoes also lead to the existence of many hot springs such as Ibusuki, Makurazaki, and Kirishima. Besides, Kagoshima was the former capital of the feudal Satsuma province ruling an important meaning in Japanese history. Nowadays, this city is home to a featured culture with old-fashioned culinary and unique imo-jochu spirits. Hop on Kagoshima shore excursions, you can visit dozens of attractions.

All of these interesting attractions are included in our ready-made Kagoshima shore excursions. In case you want a unique itinerary with your favorite activities, don’t hesitate to contact us. Our experts will help you to design a new tour from Kagoshima port. For more shore excursions in Japan, visit our website. 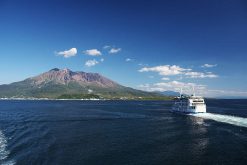 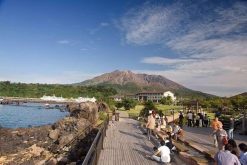 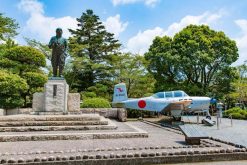 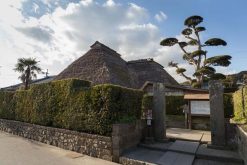 The Best of Kagoshima

Top Things to See & Do in Kagoshima

Kagoshima is not only known as the largest city in the southern part of Kyushu but also a major transport hub with worth-visiting attractions, invigorating nature, pleasant climate, amazing local cuisine, and unique hot springs. Beloved by many tourists, Kagoshima Shore Excursions are among the best ways to discover this wonderful city with tours from Kagoshima port to Sakurajima and the UNESCO World Heritage-listed island of Yakushima.

Situated in the middle of Kagoshima Bay, Sakurajima is widely known as one of Japan's most active volcanoes and the symbol of Kagoshima. It once was an island but now turned into a peninsula. The volcano smokes constantly, and there are minor eruptions multiple times per day. Among Sakurajima’s three main peaks, the Minami-dake peak is currently the most active, with many eruptions taking place from the Showa Crater on the peak's eastern slope. Within two kilometers of the volcano’s craters, it is not allowed to approach but there are other observation points around Sakurajima. Just around the Ferry Terminal, there is an onsen, foot baths, short hiking trails, and an information center available to provide the best service for tourists. 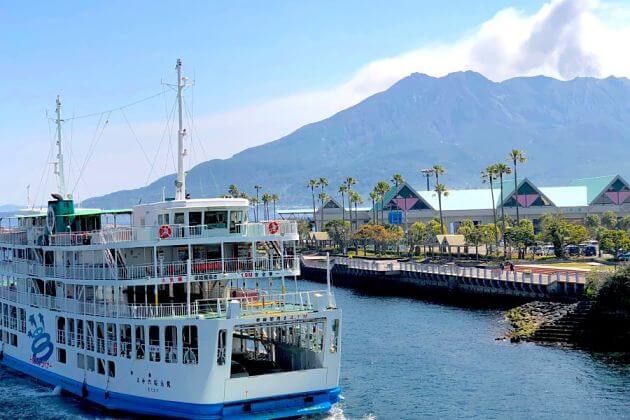 Tours from Kagoshima ports cannot miss Senganen Garden - a Japanese style landscape garden, which was constructed in 1658 by one of the most powerful feudal clans during the Edo Period – the wealthy Shimazu Clan. The garden includes small ponds, streams, shrines and a bamboo grove. At the center of the garden is the Iso Residence. Originally built in 1658 along with the rest of the garden, but the current building was the result of a reconstruction in the mid-1880s. After the end of the feudal age, the Iso Residence served as the main residence of the Shimazu family. Senganen is beautiful all year round with a variety of trees and plants. There are some cherry trees, especially of the early flowering Kanhizakura variety, which open as early as late January. At the end of the Edo Period, the Shuseikan Industrial Complex was established on the Senganen grounds to produce iron for shipbuilding and casting cannons. 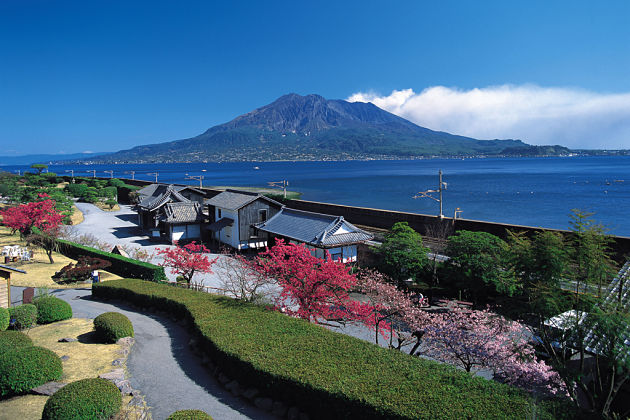 Kagoshima Aquarium, located along the water beside Kagoshima Port, was opened in 1997 with a total of seven floors. It focuses on local marine life as well as the chain of islands to the south that belongs to the Kagoshima Prefecture. Its most impressive attraction is the massive Kuroshio Tank, which includes fish of all sizes such as schools of tiny fish, rays and even a giant whale shark. Other areas exhibit sea otters, giant crabs, coral reefs, electric eels, and mangroves. There is a Dolphin Pool that holds three dolphins shows per day. Sometimes the dolphins are allowed to swim freely in the canals outside the aquarium where they also perform tricks.

Opened in 1983, the Reimei-kan museum was a dedication to the centennial anniversary of the Meiji Restoration (1968). It includes a wide variety of exhibits related to Kagoshima's history, culture, folk customs, as well as fine arts and crafts. All of them are presented on three spacious floors. Two of the most interesting models are the large diorama of downtown Kagoshima at the beginning of the Showa Period and the small model of a village from the middle ages. The Reimei-kan was established on the former site of the Tsurumaru Castle and is surrounded by parts of the former moat and stonewalls. Along with stone bridge which is still standing today, they have been designated as historical sites by the prefecture. 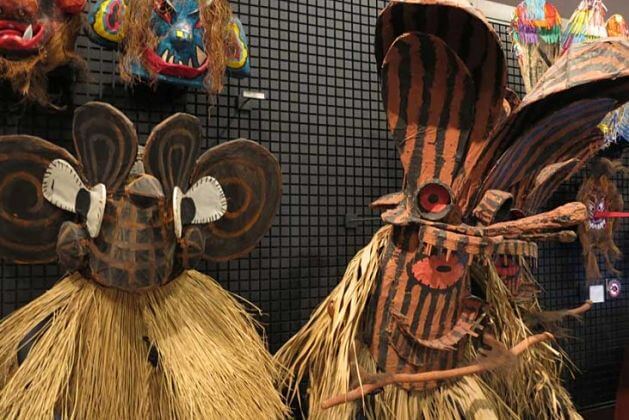 Chiran is known as a small town in the middle of the Satsuma Peninsula in Kagoshima Prefecture. The town consists of a preserved samurai district with ancient houses and gardens that date back about 250 years. 700-meter long street within downtown Chiran now runs parallel to the main street of the town with attractive rock walls topped by hedges of residences and the forested hillsides. Attached to samurai residences are seven gardens that allow the public to visit but the buildings themselves cannot be entered. The gardens are quite small and designed to be viewed from the residences. Five of them are of the Karesansui Dry Garden variety. Of the other two, one includes a pond and the other is composed of trimmed shrubs. 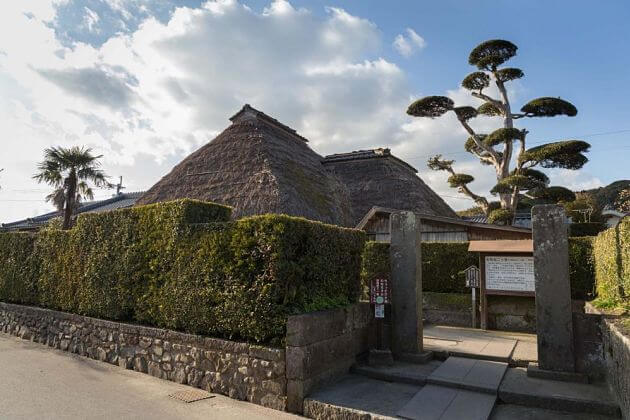 This is a park situated in downtown Kagoshima that extends over Mount Shiroyama. Its name “Shiroyama” literally means “castle mountain” in Japanese as it once served as the site of a castle fortification. The park attracts visitors mostly for its Shiroyama Observatory with scenic views over downtown Kagoshima, Kagoshima Bay, and Sakurajima. The night view is also splendid, particularly if the sky is clear enough for Sakurajima to remain visible. At the nearby Castle Park Hotel, visitors can also enjoy nice views from the Satsuma no Yu outdoor hot spring bath. Moreover, the park will satisfy the interest of travelers interested in Japanese history, as it was the site of the final battle of the Satsuma Rebellion in 1877. The local hero who is known as Saigo Takamori is said to have made his last stand at Saigo Cave, located within the park. 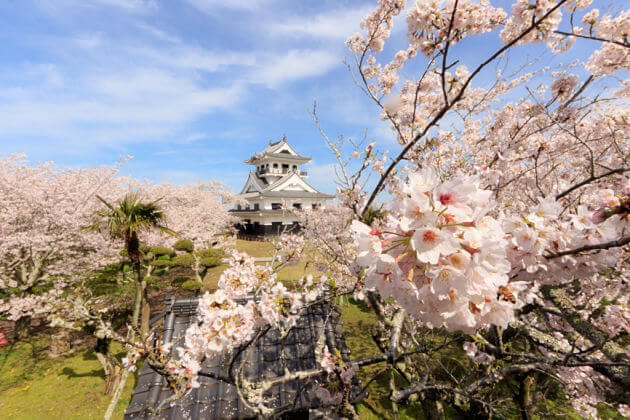 It is home to the exhibition of many articles and portfolios commemorating the lives of the pilots who fought for Japan during World War II. The most impressive may be the four planes as well as personal letters, poems, essays, testaments and other artifacts and photographs of the 1036 pilots. All of them are arranged in the order in which they died. The soldiers represented in the museum deceased as Army tokko pilots of special attack forces.

The highlight of the Kagoshima Shore Excursions is Tenmonkan - an expansive shopping district in Kagoshima City with the Tenmonkan tram stop at its center. It is covered with arcades designed to prevent falling ash from Mt. Sakurajima. The Tenmonkan is crowded with shoppers at all sorts of restaurants, some of which specialize in Kagoshima cuisine, as well as cafes, boutiques, stores, and cinemas. Visitors can also enjoy the hustle and bustle nightlife of Tenmonkan like Bunka-Dori and Yamanokuchi-Dori, which are packed with bars and pubs. Adjacent to Tenmonkan is a perfect area for a relaxing stroll including well-preserved grassy parks, museums, shrines, temples, and churches. 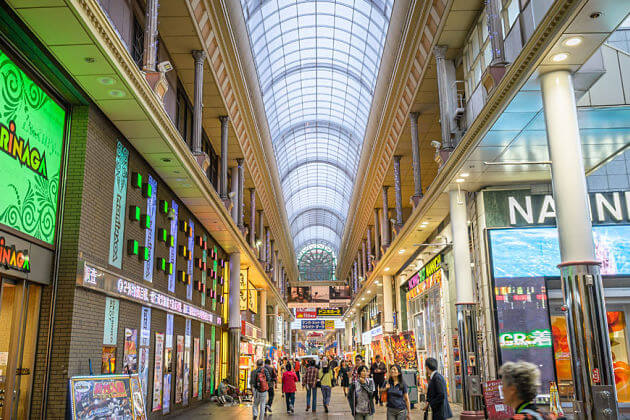 Ibusuki Onsen is a must-visit destination in Kagoshima Shore Excursions that is famous for its hot sand baths. Though called hot springs, instead of water, your entire body will warm up after it is buried in sand that has been heated by an underground hot spring. Before that, you need to change into a yukata and replenish yourself with plenty of water as you will be sweating a lot in the baths. Then the staff will cover you with sand, leaving your body to gradually become nice and warm. During ten minutes of submerging in the sand bath, you will feel as if excess waste is exiting your body. Sand baths are said to be an excellent all-body detox that is known to improve the circulation. Moreover, due to its high sodium content, the water at Ibusuki is believed to be a good cure for rheumatism, neuralgia, female disorders, and digestive problems. The main sand sauna is at Surigahama with broad views stretching out over Kagoshima Bay.