Well-known worldwide for the first atomic bomb dropped off in 1945, Hiroshima is more like a historical than a tourist city. Although the city was messy rubble, local people rapidly moved on and rebuilt Hiroshima into a better place. From ashes, locals reconstructed the destroyed relics along with built many new structures as memorials for the victims caused by the bombing. Especially, Hiroshima’s Peace Memorial Park, Hiroshima Castle, and Shukkeien Garden clearly show the aspirations of a new rising city. Moreover, visitors can also hop on many side trips from Hiroshima such as Miyajima, Onomichi, and Iwakuni. There are hundreds of interesting things waiting for you to experience in Hiroshima shore excursions.

All of the highlighted attractions include in various ready-made Hiroshima day tours from cruise port provided by Japan shore excursions. If you don’t find any suitable itinerary, pick your favorite attractions or experiences, and quickly contact us. We will help you design your own Hiroshima shore excursions. 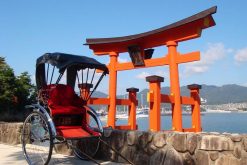 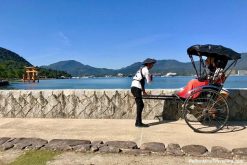 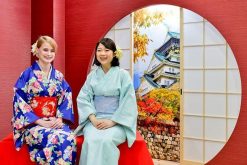 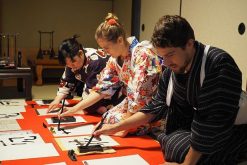 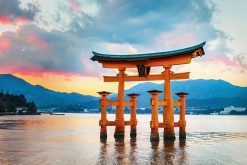 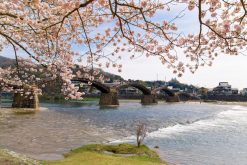 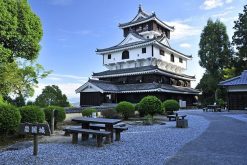 Hiroshima Prefecture is located in the south west of Japan. At the end of World War II, Hiroshima was the first target of the United States to drop an atomic bomb, which caused severe destruction and death. Despite the horrible past, Hiroshima citizen has made impressive efforts to recover and develop the city to become a center of government, economics, and culture in the region. Nowadays, Hiroshima is safe to travel and it attracts millions of visitors every year for its natural beauty and distinct local cultures and customs. The Hiroshima Port, which is famous for its beautiful coastlines and islands, is the beginning destination of the Hiroshima Shore Excursions which offer visitors the chances to explore the city itself and nearby popular attractions in Japan such as Itsukushima, Iwakuni and Okinawa.

Attractions to See in Hiroshima

Known as one of the most famous places to visit in Hiroshima, the Peace Memorial Park & Museum is prominent for its large open area created by the explosion with lots of trees, lawns, and walking paths. After the destructive atomic bombing, the area was not redeveloped but instead used as peace memorial facilities. Designed by Kenzo Tange, The Hiroshima Peace Memorial Park is established to memorialize the victims of the atomic bomb attack in 1945. The complex includes typical locations such as Peace Memorial Museum, A-Bomb Dome, Cenotaph for A-bomb Victims, Peace Bell and Children’s Peace Monument. 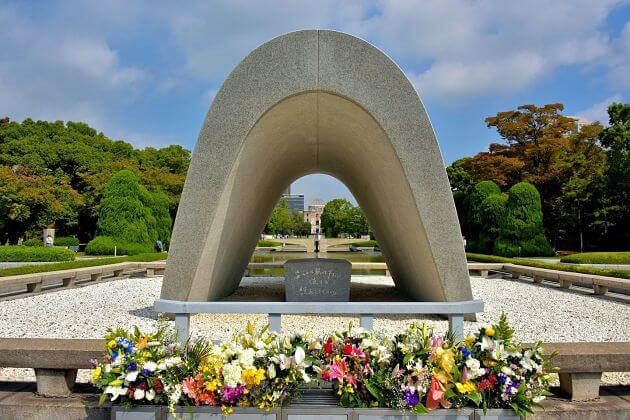 The Peace Memorial Museum, which is the main attraction in the park, consists of two buildings and has the main mission of providing information on the history of Hiroshima and the nuclear bombing. The museum is highly appreciated for its educational purpose. It reminds the young generation of the horrible effect of war and helps them realize the vital role of lasting peace. That explains a lot why this destination becomes the most popular place for school field-trips both from Japan and worldwide.

The A-Bomb Dome is the remaining of the former Prefectural Industrial Promotion Hall. The building was established to promote Hiroshima's industries. Although it was right below the hypocenter of the bomb, it was one of the few buildings to suffer heavy damage but still remain to stand. Today, it has been recognized as a UNESCO World Heritage Site to remind people of the horrible force of nuclear arms and the need for world peace.

Located near the dome is the Cenotaph for the atomic bomb victims where containing the names of victims of all nationalities who lost their lives from the bombing and the later radiation effects. A special ceremony is held annually on the exact day and time of the blast.

Situated in the middle of the Hiroshima Peace Memorial Park, this gray dome-shaped bell does not look very impressive but it has a meaningful aim. The Peace Bell was installed in 1964 with the aim to abolishing nuclear arms and raising others’ awareness about world peace. Visitors are encouraged to ring the bell for lasting peace to pay a tribute to the lost ones. On the surface of the bell shows a map representing a no barrier world. Looking closer inside, visitors can be amazed by the picture of the atomic symbol of energy designed by Masahiko Katori – a bronze and metals artist. As the bell is rung, the broad echo is what Japan decided to preserve among the list of a hundred sounds since 1996. 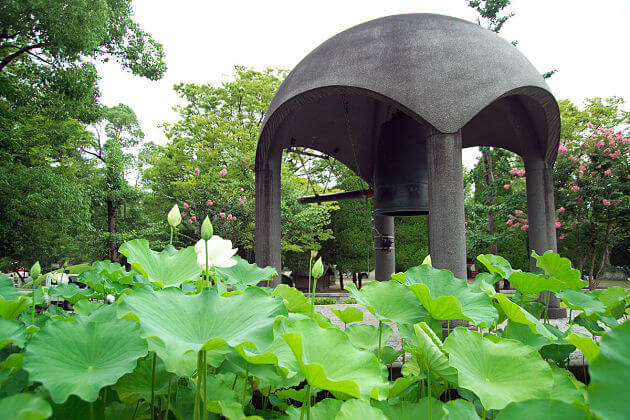 This monument was built to dedicate to Sadako Sasaki and the thousands of other young innocent children who were the victims of the atomic bombing of Hiroshima. Sadako Sasaki was a young girl who was unfortunately lost her life from Leukemia, who continued to fold origami paper cranes throughout her long illness. Till today, children across Japan still fold paper cranes as a way to memorialize the bomb victims.

One of the highlights of the Hiroshima Shore Excursions is the Hiroshima Castle. Hiroshima Castle or Carp Castle, considered an important seat of power in Western Japan, was constructed in the city center in the 1950s as opposed to the hilltop and the mountaintop castles. The castle was created by one of the most powerful servants at that time – Mouri Terumoto – as a five-story tower with the grounds surrounded by a moat. It was the home to the Fukushima family and later the Asano family during the Edo era. It once was recognized as National Treasure in 1931 but later in 1945, the castle was damaged in the atomic bombing just like the rest of the city. After much efforts to restore both the exterior and interior, Hiroshima Castle now serves as a history museum resembling Samurai culture. On the top floor of the castle, visitors can enjoy the panoramic view of the surroundings.

Shukkeien Garden with picturesque scenery of miniature valleys, mountains, and forests is an ideal place for visitors to escape the city atmosphere and enjoy the splendor of natural beauty. The garden was built right after the Hiroshima Castle in 1620 to serve as a villa of the Asano family. Representing the traditional aesthetics of Japanese gardens, Sukkeien Garden is characterized by its structure with a magnificent pond surrounded by a path led to every corner of the garden. That made the Sukkeien Garden to be designated as the National Site of Scenic Beauty in 1940. Later in 1945, it suffered severe damage because of the atomic bombing and went through renovation until it was opened again in 1951. Nowadays, Sukkein Garden is a popular sightseeing spot where visitors can enjoy cherry blossoms and plum blossoms. Besides, Sukkein Garden is also best known for the tea ceremonies that are held throughout the year. Lots of tea houses can be found in the garden where visitors can take a seat and taste Japanese sweets while enjoying the surrounding views.

Things To Do In Yamaguchi

After visiting significant landmarks of the Hiroshima City, travelers can take tours from Hiroshima Port to visit other interesting attractions nearby such as Yamaguchi Prefecture or the Miyajima Islands. Here are some suggestions from our Hiroshima Shore Excursions’ experts:

Iwakuni Castle, reconstructed in 1962, lies on top of the 200-meter high Shiroyama where visitors can enjoy the breathtaking view out to the Inland Sea as well as the entire city. Visitors can take a look at various displays and artifacts such as samurai swords, armor and other historical items inside the castle. To get to the castle, visitors can either hike up or take the ropeway from the base of the mountain. Next, to the ropeway station, two museums can be found. While the Iwakuni Art Museum mainly exhibits Iwakuni-based artists and the development of the area, the other museum displays the white snakes with lots of interactive games providing information on the history of the area.

Located near the five-bold-arch Kintaikyo Bridge is the Yoshika Park which is known as one of the best places to see cherry blossoms in Japan. Coming to Yoshika Park, visitors will be overwhelmed by the beauty of light pink cherry blossoms and do not miss the chance to take significant photos here.

Itsukushima Shrine is a must-visit destination of every Miyajima tours from Hiroshima port. Itsukushima Shrine, one of the most popular tourist attractions in Japan, is a Shinto shrine situated on the island of Miyajima. It was designated as a World Heritage Site in 1996 and is best renowned for its iconic "floating" torii gate. Its name can be understood as ‘the island of worship’. Traced back to the ancient times, the shrine was actually worshipped as a god. The shrine consists of two main buildings: the Honsha shrine and the Sessha Marodo-jinja as well as 17 other different buildings. Those buildings are connected by boardwalks and supported by pillars. 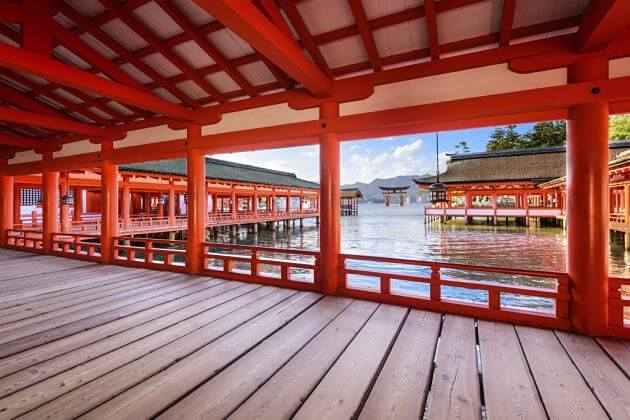