Sushi is famous to be one of the most impressive creations of Japanese cuisine. Sushi is a Japanese dish with rice traditionally wrapped in a piece of nori seaweed. It has conquered the whole world for its mild and neutral flavors as well as appealing visual beauty. Japan Shore Excursions’ team is here to provide sushi-lovers interesting information about this famous and iconic Japanese food. Moreover, we also offer cruise tours heading to Japan port cities where visitors can experience Japanese culture and try on fresh sushi at some of the most famous sushi restaurants there.

Sushi was known originally as a way of preserving food. Fish was fermented with salt and placed in rice, which allowed people to keep the fish edible for some time. The rice was then discarded while the fish was eaten if needed. Around the seventh century, the method eventually headed to Japan after spreading throughout China. The Japanese made their special remarks by deciding to eat the rice together with the fish. By the 17th century, Matsumoto Yoshiichi of Edo (Tokyo nowadays) started seasoning the rice with rice wine vinegar and this is when modern day sushi began. By his method, sushi can be eaten immediately instead of months of preparing. 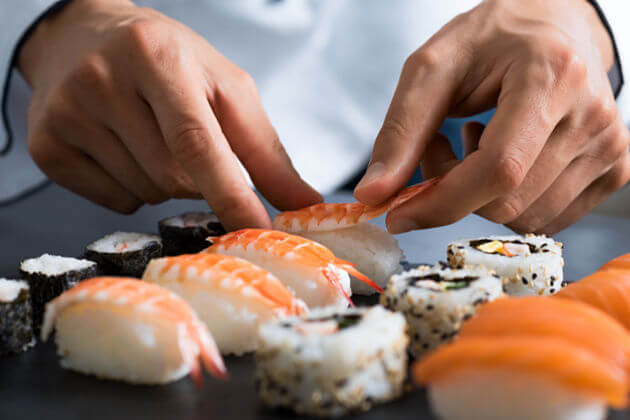 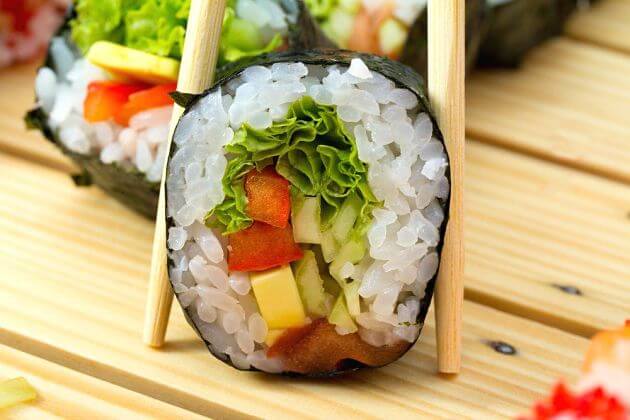 Our Japan Shore Excursions’ list of sushi contains six main types which are: 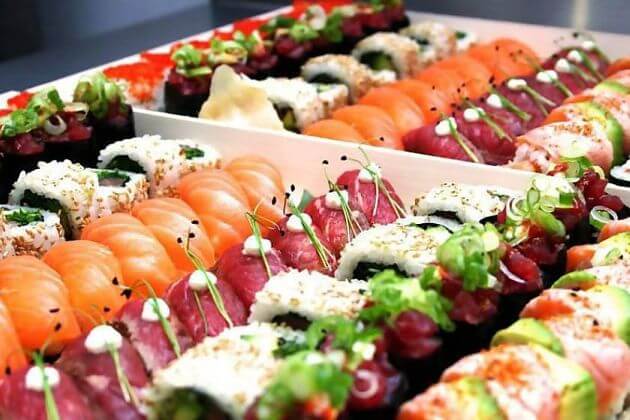 How To Eat Sushi in Japanese Traditional Way 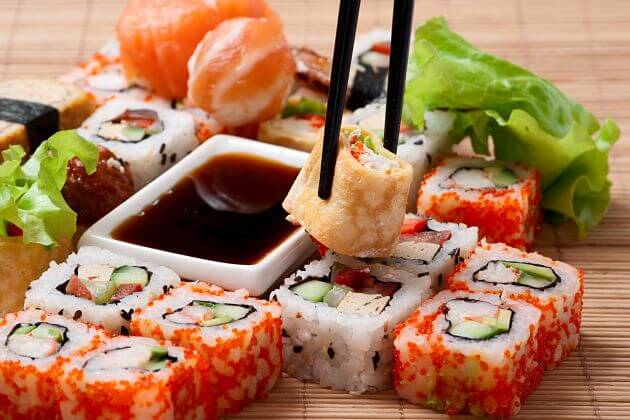 Famous Sushi Restaurants Near You in Tokyo 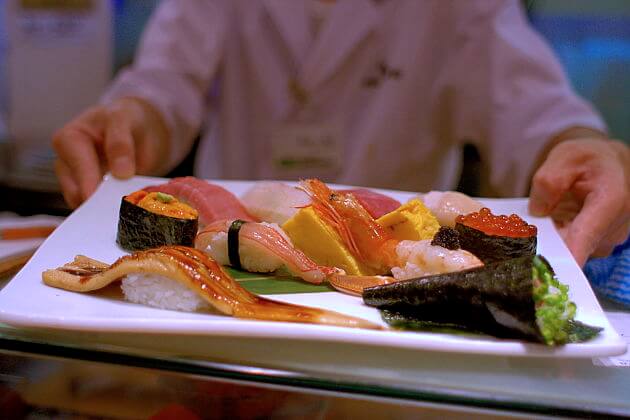