You are planning a trip to The Land of the Rising Sun and need some recommendations about the best things to buy in Japan. Japan shore excursions is pleased to introduce a list of 5 most fascinating Japanese souvenirs including traditional Japanese handicraft, typical beverage, and famous sweets. Let’s bring some wonderful Japanese gifts to your home.

Being in the line with the expansion in global – scale of Japan’s traditions as well as Japanese cuisine, sake-a typical beverage in Japan – has become the best choice for those who want to bring a very Japanese gift to their homes. Sake is made from fermented rice. Japanese brewers use pure water, high-quality rice, koji mold, and some yeast, all the ingredients are then experienced a secret and delicate fermentation process. 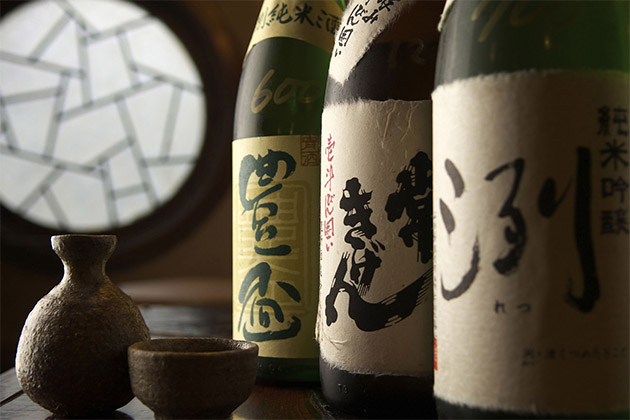 Niigata and Fukui, for example, are two local areas renowned for their sake products. Sake often contains about 15% alcohol some time it could be higher, about 17% alcohol. Wherever you are in Japan, you can easily find sake either in retail and online stores, around 2800 yen for 1L. Sake is often served with a special sake set including commonly ceramic flask and cups. The taste of sake changes with its temperature so that you have two different styles to enjoy your sake – Hiya(cold) and Atsukan(heated), both of those ways are delicious. By using sake as a spice, Japanese people could create a unique taste for their dishes.

Wagashi are always on the top of the best things to buy in Japan, especially for people who have a sweet tooth. You can try colorful wagashi sweets in various kinds of shapes with un-duplicated flavors with a cup of green tea. Japanese people have a wide range of methods to prepare wagashi but the soul of the sweet is azuki bean paste. Azuki beans are boiled, mixed with sugar and then smashed into smooth anko or chunky anko. Rice cakes (mochi), rice flour, sesame paste, and chestnuts can be seen as other common ingredients. You could find wagashi almost everywhere in Japan from many sweet shops in Kyoto to the smallest convenience stores in local areas. But there are some wagashi that you could only meet by chance such as coming to a particular region or visiting Japan at the right time. 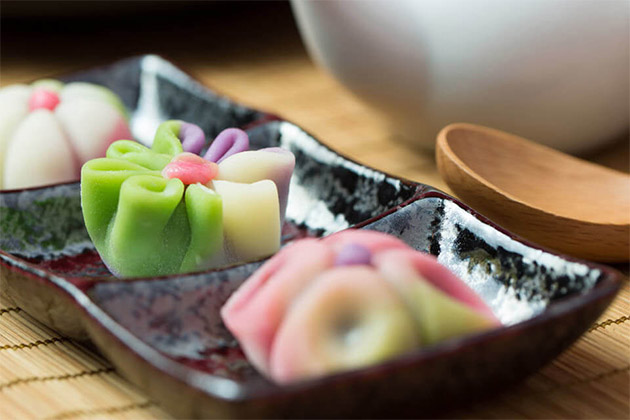 Having a trip to Japan and looking for amazing Japanese souvenirs, which could make your loved-ones have the feeling that they are special and unique, you should choose hanko as mementos. People in Japan use hanko as a name seal for making contracts, getting certificates and important business that the reason why hanko is an indispensable gadget in every Japanese people’s pocket. There are four most popular types of hanko in Japan namely Ginkōin (used at the bank), Jitsuin (making contracts or getting official certificates), Mitomein (hanko for acknowledgment) and Sanmonban (“cheap” hanko, also used for acknowledgment). As a foreigner you have two ways to customize your hanko, you could ask the craftsman to translate your name into Japanese or keep your original name. Hanko shops in Japan are ubiquitous but no two existing hanko are exactly alike. 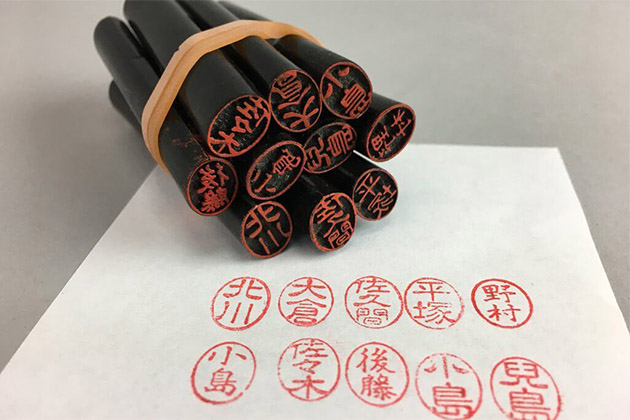 Omamori are great and subtle gifts that you could buy in Japan. From a Japanese people’s perspective, omamori means “to protect” or “protection”. Omamori are prayers put inside small, colorful brocade pouches sold at Shinto shrines and Buddhist temples. You could purchase omamori regardless of your religious beliefs. The price often ranges from 300 yen to 1000 yen per amulet. The first thing about omamori is not to open them. If you do so, all their power will go with the air and the omamori will become entirely normal brocade pouches. Many believe that omamori could be kept forever with their unchanged power while some think that the owners should replace their omamori after a year by a new one. 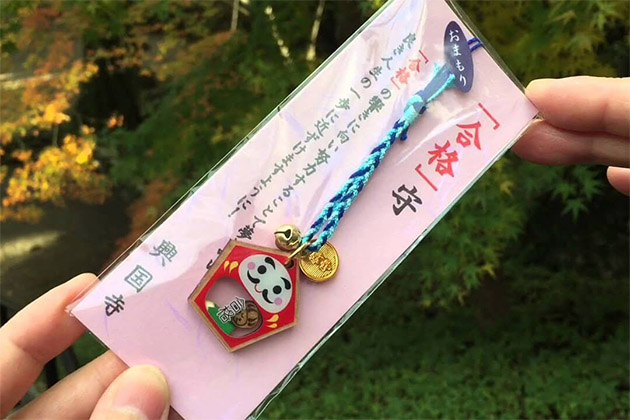 Kendama is an excellent present for kids and schooling children. A kendama contains a wooden ball and a wooden stick with two dishes on both sides (ball and sword). A kendama is quite similar to a yo-yo but much more fun. Players toss the ball into the air and try to catch it in one of the dishes or to spear it with the point of the stick. Kendama arouse players to create new ways to perform new challenging techniques also aim to improve players’ sense of concentration and balance.