Nagasaki is the center of international exchange and the capital of Nagasaki Prefecture located on the island of Kyushu in Japan. It rapidly became the main trading port with Portuguese and many of its architectural sites have been influenced since then. Between the 17th and 19th centuries, it is the only port in Japan open to foreign traders. Unfortunately, Nagasaki is one of the two cities to experience the most tragic destruction of an atomic bomb towards the end of World War II. However, this city nowadays still remains one of the best places to visit in Japan thanks to its impressive historical and natural attractions. For your convenience, visitors can choose Nagasaki Shore Excursions to not only experience this wonderful city but also to explore further other parts of Japan including the famous island – Okinawa. Below on our website, we would like to introduce the best attractions in Nagasaki.

Located to the north of the city center in Urakami, the Peace Memorial Park born in 1955 to commemorate the atomic bomb explosion of Nagasaki on August 9, 1945. It lies next to the Atomic Bomb Museum and near the Peace Memorial Hall. The complex includes two parks and a memorial museum that draw over a million visitors annually. It is also where the iconic Nagasaki Peace Statue situated reminding people of the nuclear tragedy and world peace. Every year, a Peace Memorial Ceremony takes place in front of this statue. Various governments around the world donated to the park’s facilities with lots of trees, flowers, artworks, and other memorials. Besides, there are also monuments for the Korean and Chinese victims of the explosion. 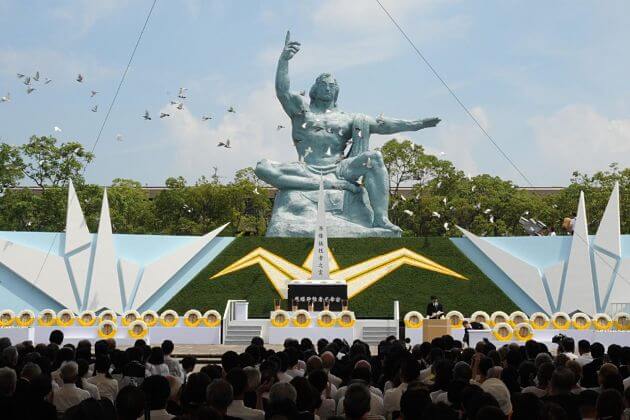 In the center is the Hypocenter Park with a black monolith that resembles the explosion’s epicenter. Not far from it, visitors can encounter a damaged pillar of the former Urakami Cathedral which was destroyed in the blast. Besides, there is an area where visitors can take a look at a layer of soil under the park’s surface where broken pieces of glass, roof tiles, and bricks remain from the explosion.

Locating on the hill above the Hypocenter Park is the solemn Nagasaki Atomic Bomb Museum. The museum dedicated for the remembrance of the atomic bomb explosion on August 1945. What makes the museum one of the must-visit places in Nagasaki is it involves both historical features and educational aims. The main mission of the museum is to remind future generations about the dreadful destruction of war and the need for lasting world peace. Next to the museum stands the Nagasaki National Peace Memorial Hall in tribute to the victims of the atomic bombing with modern design. The hall is located mainly underground and its design involves water and light. Visitors coming to the museum can not only learn about the history of nuclear arms development but also take a look at significant displays that include documents, artifacts, and photographs related to the bombing. 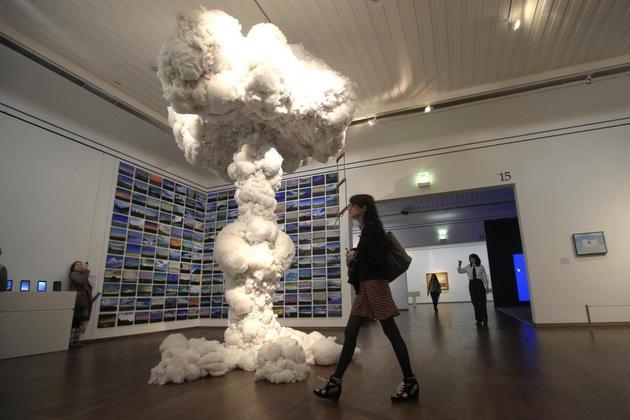 Dejima once was a man-made island in the port of Nagasaki but after reclamation in the 20th century, Dejima is now most famous for its historical sites remain such as various residences, warehouses, walls, and gates. One of those is Dejima Museum, a group of small buildings, which provides visitors an understanding about the birth of Dejima and the activities of the Dutch East India Company Dejima Factory. Its themes focus mainly on trade and culture. There are tidy streets lining on either side by large buildings, which embraced traditional Japanese style in their design like white walls, dark wooden beams, and slanting tiled roofs.

Glover Garden, situated on the Minamiyamate hillside overlooking Nagasaki harbor, is a park completed by Hidenoshin Koyama in 1863. It is where the mansions of several of the city’s former foreign residents and related buildings are exhibited. The main attraction of the garden is the Former Glover House, built in tribute to Thomas Glover who was a Scottish merchant featuring significantly in the early history of Japan’s industrialization. It is among the most popular tourist attractions in Nagasaki for the old charming Western style. This house was also the venue where Glover’s meetings with rebel samurai are held. 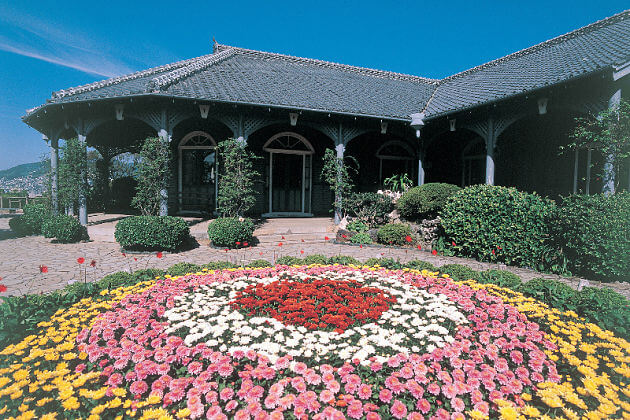 Shimabara Castle is a white flatland castle located in Shimabara, Hizen Province. This five-story white building has an amazing age that built in 1624. Besides, the castle is the symbol of the decadence and brutality of the local feudal lords and the Tokugawa Shogunate. The castle construction was paid for by the heavy taxation, which is one of the causes leading to the significant uprising – Shimabara Rebellion. During the Meiji Period, Shimabarajo was eventually destroyed. The current buildings that we see today are just reconstructions from 1964. The castle has five stories home to the Castle Tower Museum where displays of Christian artifacts such as the castle ruins, armor, and weapons are kept. The observation deck on the highest floor provides a breathtaking view to Mount Unzen and across the water to Kumamoto. Japan Shore Excursions’ experts always recommend cruisers to visit this splendid landmark, especially during springtime.

Site of the Martyrdom of the 26 Saints

Its name comes from the event of 26 Catholics executed by crucifixion in 1597 under the order of Toyotomi Hideyoshi. Nowadays, this spot on Nishizaka Hill has become a Japanese National Sanctuary. Behind the real-sized bronze statues of 26 saints stands the Memorial Hall presenting the history of Christianity and exhibitions. For example, Nakaura Julien’s letter, the private record of the battle of Shimabara, the Maria Kannon sculpture, a bronze Pieta from the 16th century, and various Japanese frescoes and drawings. 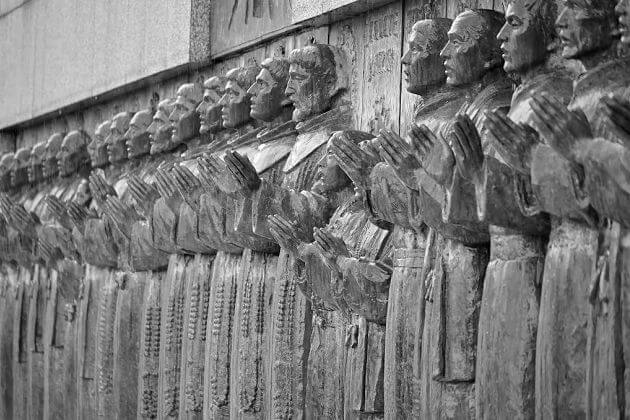 Its establishment at the site of the martyrdom is a dedication to St. Paul Miki and his twenty-five companions. This monument faces Oura Cathedral which also commemorates to the martyrs.

Standing behind the monument, the Twenty-Six Martyrs Museum covers the history of Christianity in Nagasaki from its origin to its revival. Visitors can take a look at a variety of items on displays expressing the lives of Christians as they hid from the authorities. These artifacts comprise of the scroll Our Lady of the Snows, the “Maria Kannon” and personal belongings amongst others.

Known as the most prominent church in the area for its unique design as a twin tower, the church was named after one of the martyrs. This is also where they preserve St. Paul Miki, St. Jacob Kisai, and St. John Goto’s bones. Nowadays, this church is open for prayer and receives pilgrims from many nations annually.

Due to being a 333-meter high mountain located near the Nagasaki’s city center, Mt. Inasa is one of the best night view spots in Nagasaki. There are some television, radio antennas and a restaurant where visitors can enjoy the incredible night view. Visitors can access the observation deck in several ways including ropeway, walking, taxi, and car.

Unlike other parts of Japan, Sakura no Sato Park has beautiful cherry blossoms bloom all year long. In the most ideal timing which is in spring is still the peak, there are over 3,000 trees bloom. The season can last until September, and even rarer varieties start in October and during winter. In the garden, a rest-house, open-air stage, and the Sakura museum are also available for visitors. 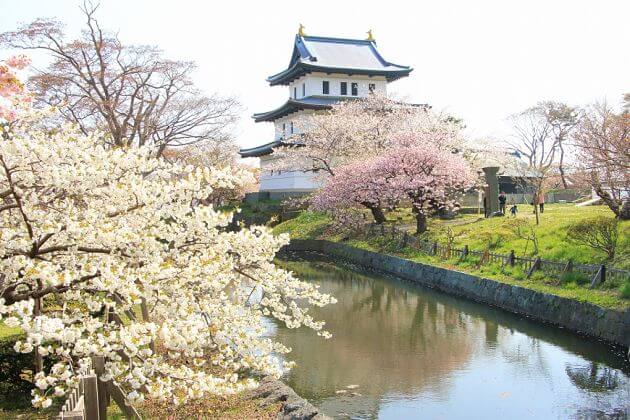 Tateyama Park lies on terraced hills overlooking Nagasaki, is a must-visit place during the cherry blossom season. This is a very popular picnic spot where visitors can enjoy a vision of pale-pink in the cherry blossom seasons. In case you are getting hungry, there are many stalls selling delicious Japanese traditional food and drinks. Moreover, people also come here for the fascinating night view of the city.